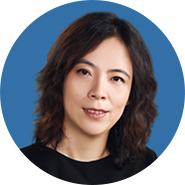 Dandan Huan is a doctor of Engineering in the Institute of computing technology, Chinese Academy of Sciences, and an expert in computer system architecture. She won the 19th China Association for Science and Technology for Outstanding Youth "Achievement Transformation Award" and the first prize of the "Wang Xuan Award" of the Chinese Computer Society. She was selected as 25 potential women in Forbes'Chinese business circles in 2018. As the first author, she has published more than 10 academic papers in Authoritative journals at home and abroad. As an inventor, she received more than 10 authorized patents. As the head of the project, she assumed 2 items of the National Natural Science Foundation of China, All achievements have been industrialized. As the deputy leader and principal leader of the project, she participated in many national scientific research projects.

Since 2003, she has been involved in the research and development of the national intellectual property chip as the head of the system structure. The related achievements have been successfully applied to satellites and early warning systems.

Now, she gives full play to her expertise and conducts interdisciplinary research，she began to focus on the development, production and popularization of digestive tract capsule endoscopy. Ankon’s technology leads the world for 5 years.